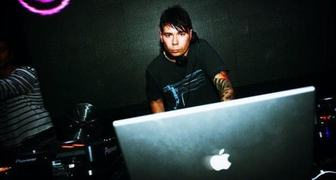 
Originally from New Zealand, Emerson was half of House Of Downtown, arguably one of New Zealand’s most successful DJ and production duo’s. This partnership lead to worldwide bookings, a national radio show and two artist albums, as well as a number of club tracks, notably Up For The One, gaining massive support from the likes of Derrick May.
2003 saw Emerson move to Sydney Australia as he took a step out of the limelight, and began working as an audio engineer. His skills were duly sort after, and he went on to engineer some of the country’s most well known acts including The Sleepy Jackson, Teenager, Pnau, and festival headliners, The Presets.
Not only were his talents behind the desk gaining recognition, but also behind the decks. Becoming a regular fixture at Sydney’s leading tech..